It’s no secret around here that we frequently eat breakfast for dinner. I was actually surprised to find out that two of our family friends not only don’t do that upon occasion but the husbands of each family actually dislike it.

I actually forgot that bit of information and one family was over visiting and dinner time approached and I knew I had all the stuff so I started flipping out frittatas only remembering after I had served him. He really enjoyed them though and told his wife she could make them (for breakfast though.)

My beloved? He will eat them anytime of day as often as I am willing to make them. They’re not complicated and really this is more of an assembly post that an actual recipe. But they make for a really pretty looking meal and they’re delicious.

Frittata are basically a kind of omelette. A traditional frittata looks more like a one layer cake with all of your fillings (veggies, meat, etc.) mixed in instead of folded into the middle in the way of an omelette. But when Rob and  I went to Lakeland a few months ago and ordered them from room service this beautiful dish was served and it’s the only way I make them now.

What you’ll do:
Gather and prepare your fixings. I usually roast chopped potatoes after tossing them with olive oil, garlic, and fresh rosemary. I’ve used store bought hashbrowns but just don’t have a knack for cooking them. (I know, I know! It’s frozen potatoes but I just can’t make them turn out right.)

We love sauteed onions so I try to include them. 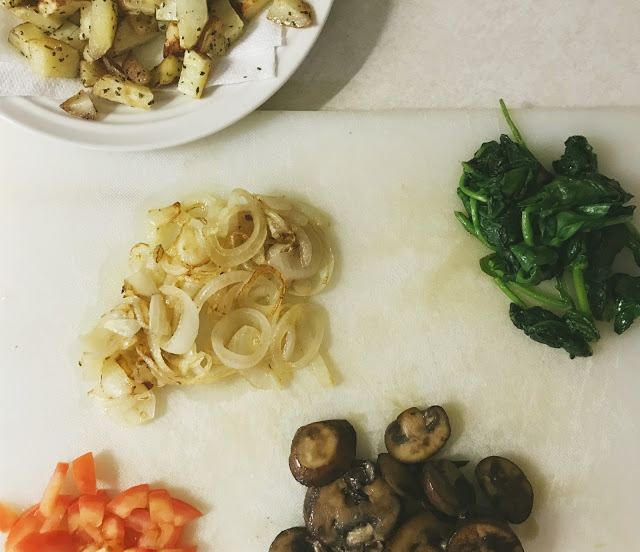 Because you will be flipping the egg mixture you need a small frying pan. I have made Rob a five egg frittata but that gets a little messy when I flip it so normally I stick to four. I make two egg ones for myself or the girls and I have also used one whole egg and two egg whites before.

Whip your eggs in a bowl and pour into a well buttered hot pan just like you would if your were making scrambled eggs. 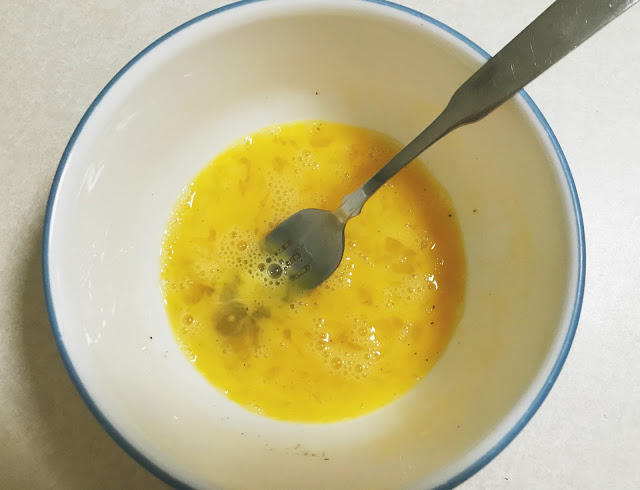 Just make sure not to stir them and pop any bubbles that begin to rise. Once it begins to get firm use a spatula and flip it just like you would a pancake. It won’t take long but while it finishes grab your plate and build your base. In our house we do the potatoes and onions on the bottom. Apparently I sometimes add my mushrooms too. 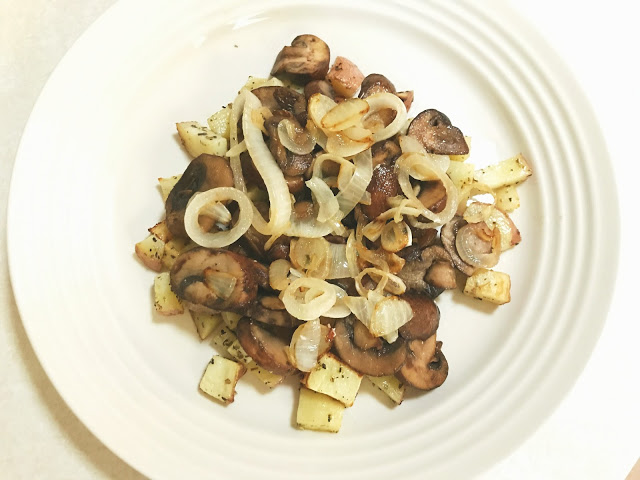 The we place the egg cake on top and add the other goodness putting the cream cheese or goat cheese on last. According to this picture I guess we tossed in some chopped avocado too. 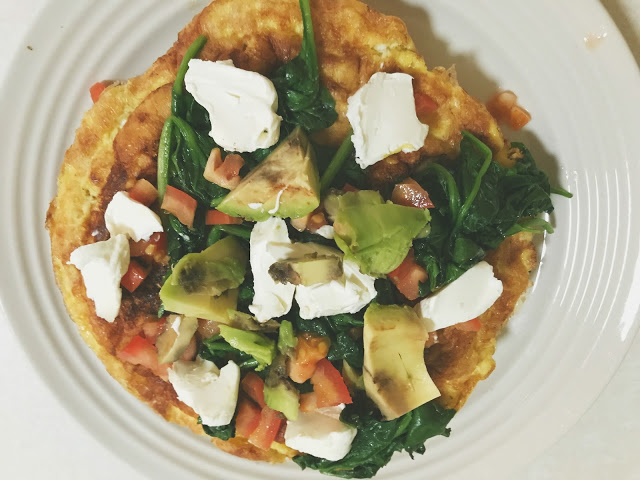 It’s not a complicated meal but it can be time consuming. Sometimes we work it short order style and everybody eats as they come off the skillet but I have cooked up batches and kept them warm in the oven until we could all sit down together to eat as a family.

Some mornings I may leave out a few of the ingredients like the potatoes and onions just because it’s faster. I’ve also added  tomato and green onion to the egg mixture while it’s cooking.

So, there ya go…a yummy and quite pretty breakfast you can eat anytime. Even for dinner.