Rob was sick Sunday so a dear friend and fellow laborer in Christ filled in for him. Pastor Stout’s exhortation was very timely and resonated with me a great deal.

May you read it and be encouraged!

You are warriors, sons of mighty ones, and you are being called into the battle for the sake of the whole world. Here is the way the battle shall be waged.

Your Captain will call muster and the weakest and most poorly dressed soldiers will assemble, forming ranks that to look at them one would think that this is going to be a very short fight. I mean… we have babies, infants and toddlers, on the front lines.

Don’t worry though, for we also brought their mothers… and their grandparents, the mentally challenged, the lame and the hungry. And the first thing that happens is the whole army falls on its knees in repentance over their lack of training, their lack of discipline, failure to obey… downright disobedience. Even the babies are taken down to the dust.

From this point on though something changes. The assembled army starts to speak and they ascribe glory to God.

The Army of the Lord repeats His words and an echo builds which shakes the world to the tearing down of strongholds. Princes and principalities fall and out of the mouth babies and infants the Captain ordains strength in the face of all his foes.

And in the end He proves his own strength through them to still the enemy and the avenger.
So prepare yourselves to answer the call of Your Captain.

We have a war to fight and don’t forget to bring your babies. 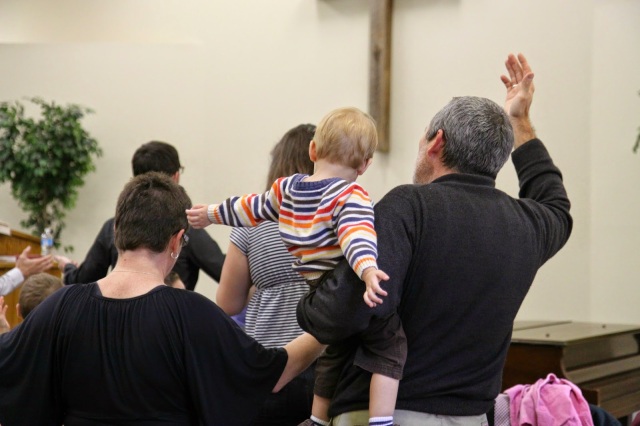