Here are a couple of things I have been pondering on and thought someone might be helped by my thinking out loud. Or at least amused.

First, this is not a cereal.

They can box it up and package it however they like but I know a brownie when I eat one. Whatever it is, it’s good though and I will never ever buy it. My waistline would hate me. (For the record, I didn’t buy this box either. My aunt gave it to me the kids. Most chocolate cereal is easy for me to resist…but not this one.) Have you ever tried it? 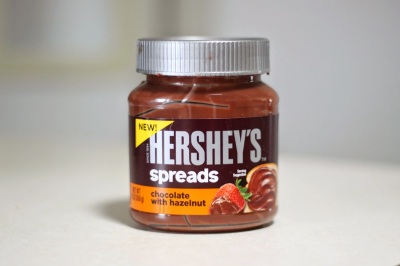 The second thing I am putting out there is the idea that there is something else as delicious as Nutella. In case you were wondering there isn’t. We tried this because the shelves were completely bare of Nutella and I needed to make the ooey gooey cake for dinner with friends one night. It was fine but does not equal the chocolate hazelnuttty goodness of the real thing. Do yourself a favor and just but the Nutella.

Another thing made me laugh when it happened. 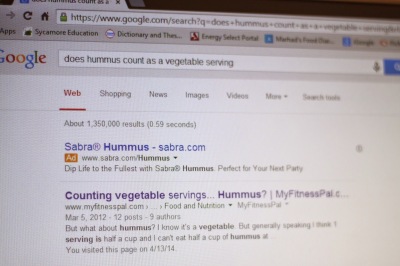 Despite what the two above paragraphs may lead you to believe I am trying to eat healthier.
We are a house that loves hummus and since hummus is just mashed up chick peas I got to wondering if that means
you can count it as a serving of vegetables? Apparently I am not the only person who has ever asked that question. But here’s my question. Who can’t eat half a cup of humus?

So, I am not really sure what to make of this next thing I am going to share but I will say that it’s pretty clear that convenience reigns supreme for the shopping populace and Land O’Lakes is a marketing genius that is the power behind the throne. If any of you do the BOGO offers then you know that a week or so ago LOL (hahaha…get it? I crack myself up sometimes 😉 one pound packs were part of the Publix’s ad. I’ve mentioned before that we use butter and like butter so this made me happy. I scooped up my two and didn’t realize until I got home that one box was slightly different than the other. I have the same amount of butter but instead of four sticks it’s eight half sticks.

That’s right. Somebody has finally wised up and realized the hardship we have faced for generation upon generation in having to cut our own eight tablespoons of butter down to four. Ladies and gentlemen, our labor intensive kitchen burden has now been eased. Never again will anyone have to lift a knife and look for the clearly labeled markings to indicate the half way point on a stick of butter. Never again will the end of a cut off stick of butter suffer the shame and embarrassment of being returned, uncovered and unwanted to the refrigerator beside all the other whole sticks. Or maybe my friend Sarah was right and these are just single serving size?

Yes, I mock and I am sure that there are people somewhere with valid reasons why this is better but it just struck me as kind of silly. But these little fellows sure are cute though, aren’t they? 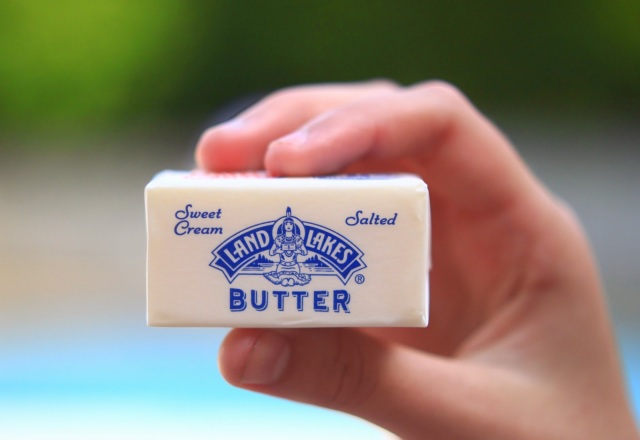